{Although this post is sponsored by Artisan Enhancements, the idea and comments are my own.} 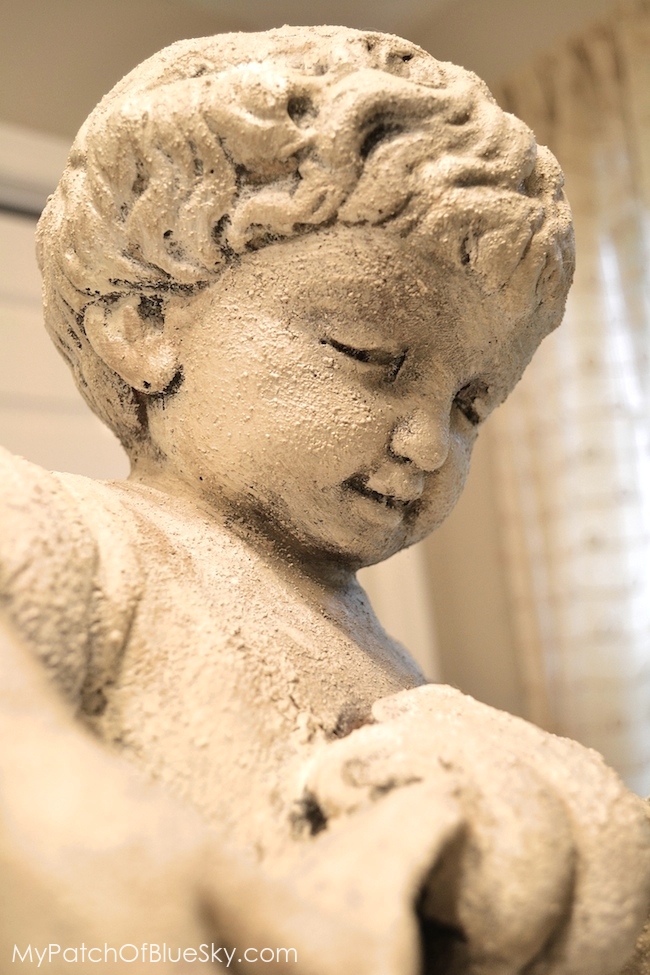 This little nymph was part of a large, multi-level fountain hubby Steve was asked to take to the dump years ago for a home renovation client. He knew better, and called me to confirm it should come home. For years it functioned as a very boring brown wayyyy in the back of our yard. Sadly, the bushes grew and the fountain disappeared completely. 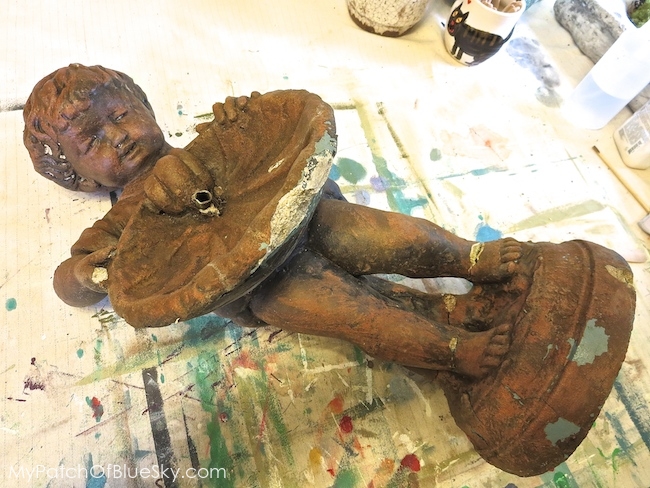 Waking up in the middle of the night, as many artists do when getting an idea, I remembered the statue and awarded Steve the honey-do of delving through our wilderness to save it. It is concrete and weighs a ton. My hero!

I call this makeover a “let’s play with lots of products to see what happens” project. So, this post may be for painters who have collected several Artisan Enhancements products, and Chalk Paint® by Annie Sloan colors.

I challenge you to explore beyond these steps on your piece! 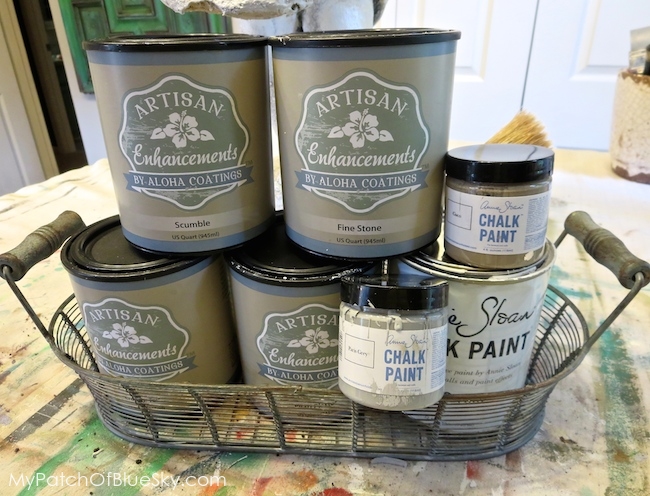 STEP ONE – Add some texture and cracks 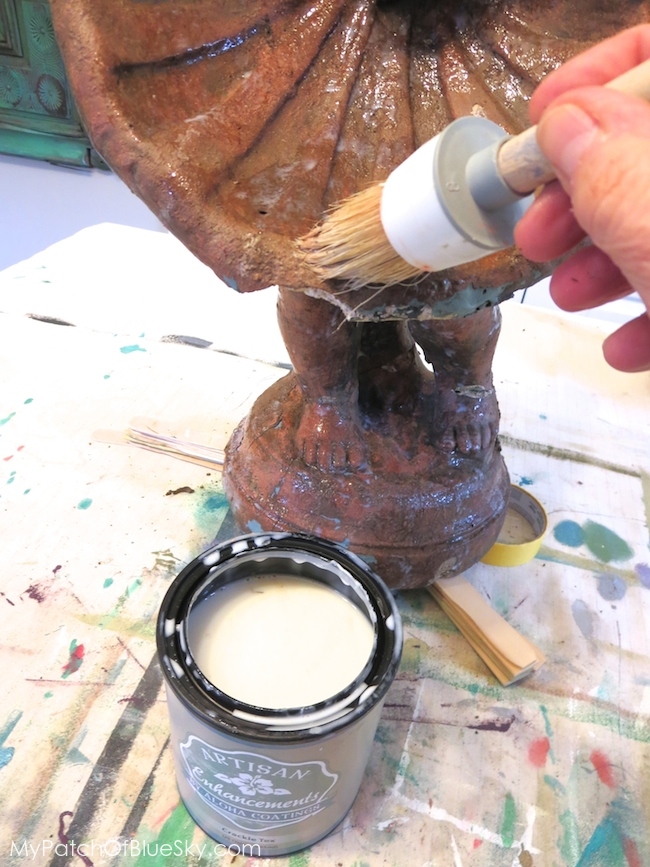 This piece began in brown, so I did not base coat it. You may want to paint a dark color first. 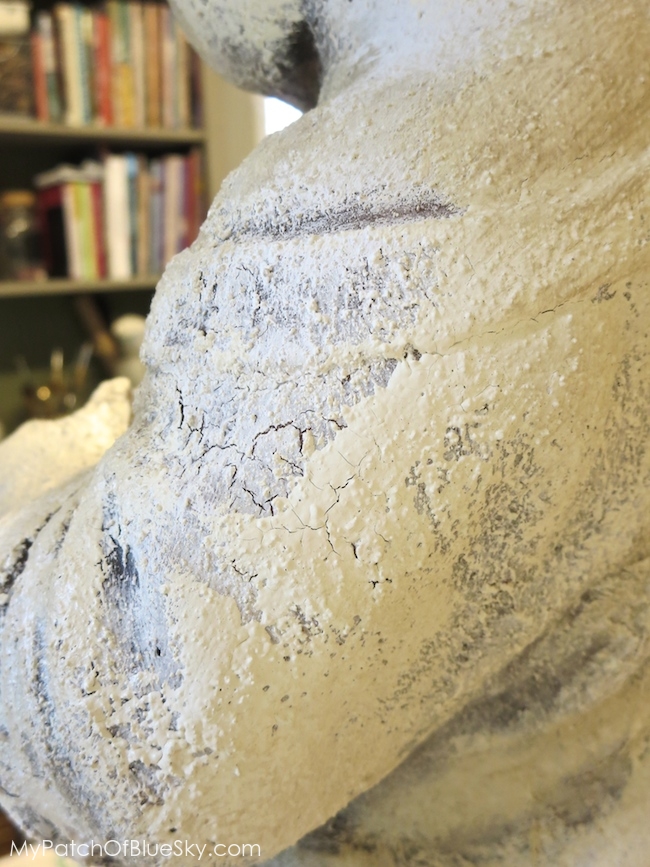 Paint the piece with a coat of Pure White, leaving the crevices dark. When dry add areas of Paris Grey for interest. Some more fine cracks will probably appear. 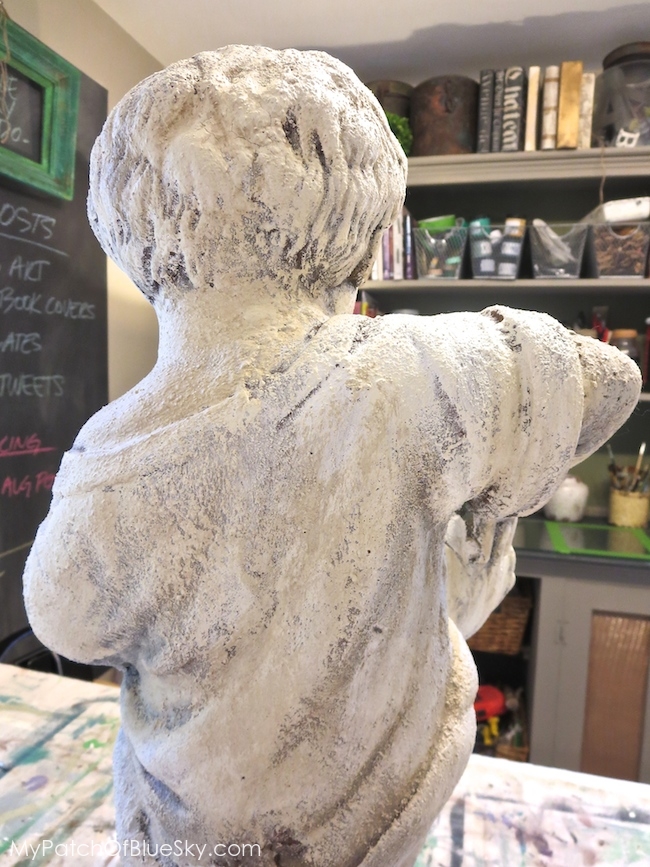 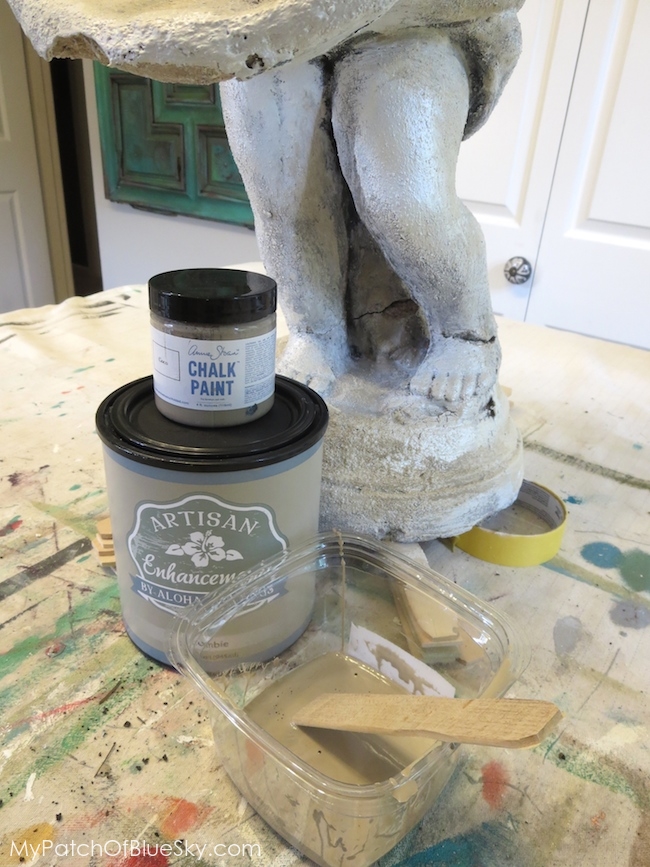 Brush on some Pearl Plaster, thinned about 10%. Just hit the high spots where the light shines the most.

Mix some Coco Chalk Paint® in a one-to-one ratio with the Scumble to make a glaze. Wipe the glaze off of the raised areas. 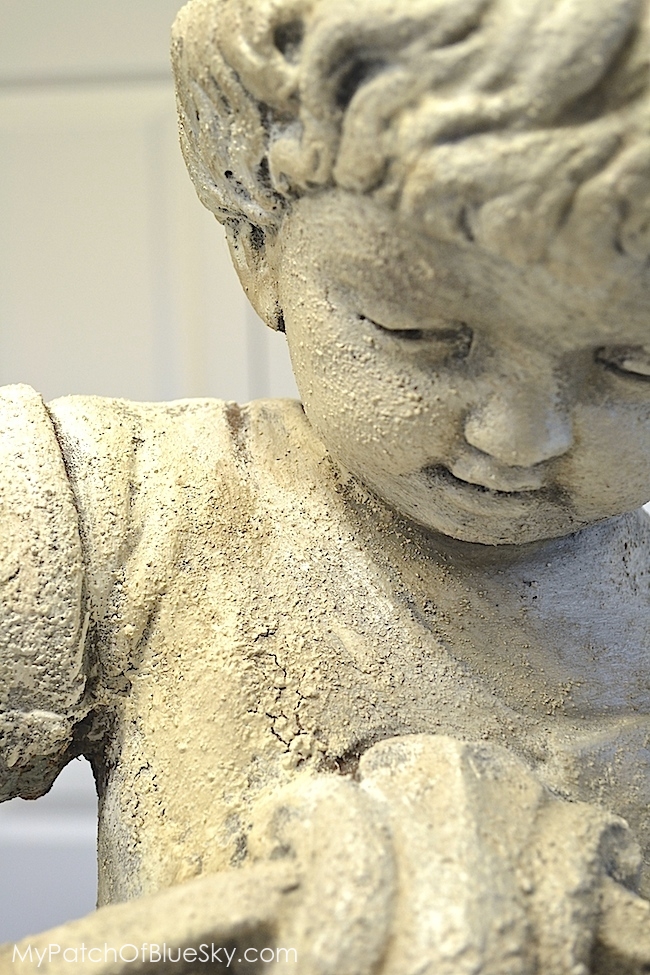 Due to all of the layering of products, paint colors and the Scumble glaze, our little fountain nymph has taken on some nice texture and interest. The key is not covering every inch with each product, but letting it build in different areas – more like nature. 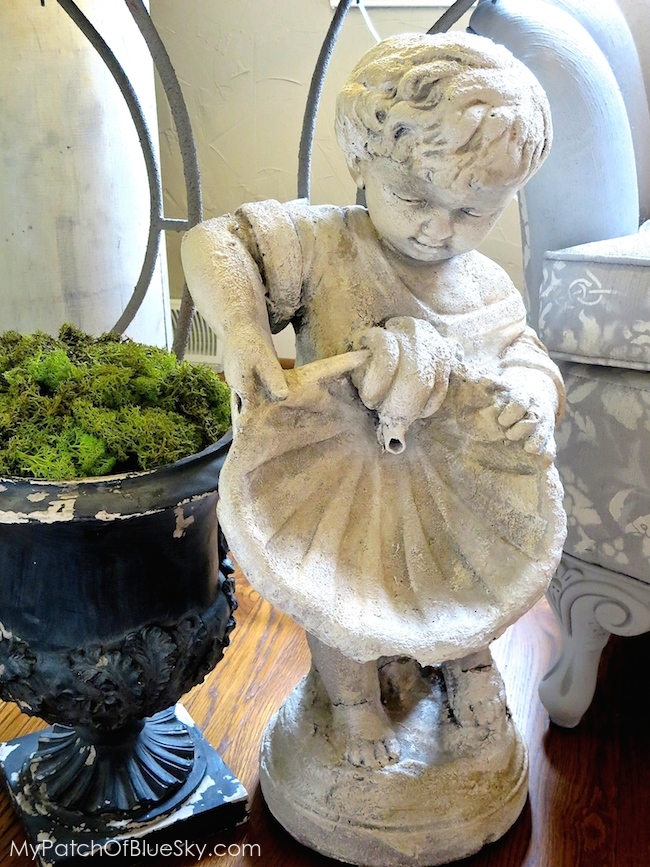 This piece is probably going in our grey and white living room instead of back outdoors because it looks great with our old columns and other crusty pieces. The spout for water is made of copper and Steve thinks he can remove it for a prettier look. 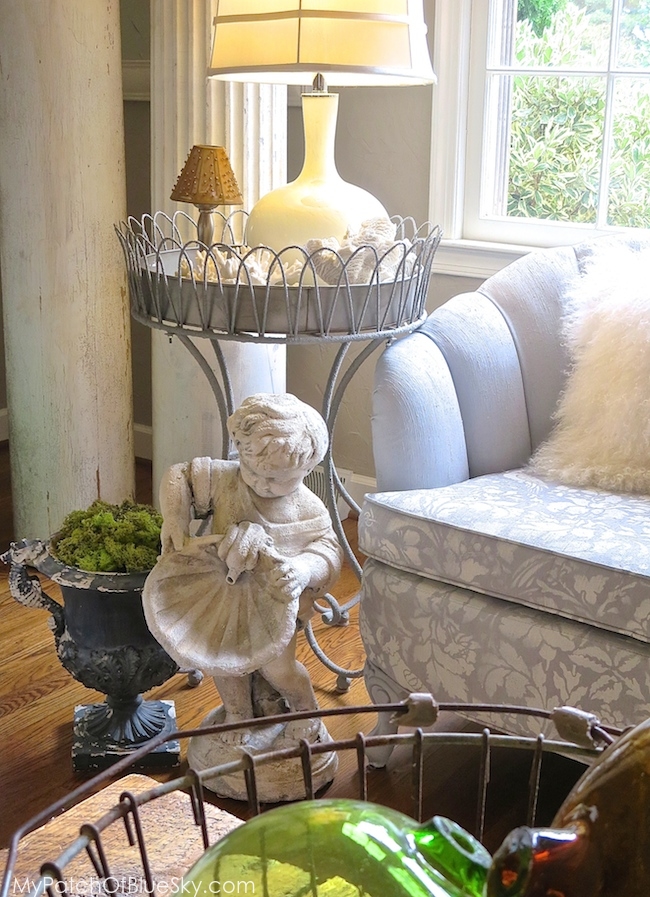 Want your piece to go outdoors? Add two coats of Clear Topcoat Sealer and it is good to go!

{Disclosure: This is a paid featured post in conjunction with Artisan Enhancements. All opinions, projects, and ideas are based on my own experience.} 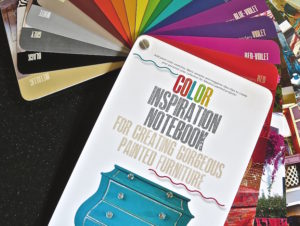 How To Get The Chippy Stenciled Effect Using Artisan Enhancements Products, Stencils & Tools

Find Me On Hometalk! 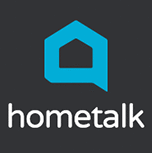